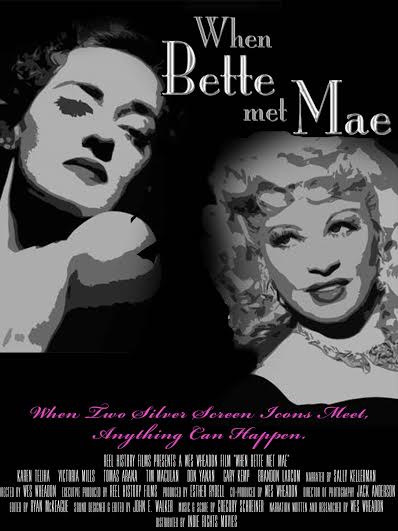 We are excited to announce that the documentary, WHEN BETTE MET MAE, will be having its premiere theatrical release at The Arena Cinema located at 1625 N. Las Palmas Avenue in Hollywood. The showings will be Saturday, August 22nd through Thursday, August 27th.

Taking five years to complete, the documentary captures the evening when Bette Davis met Mae West for the first time at a house party in West Hollywood in 1973. You are a fly on the wall and a witness to this historical conversation between two of the strongest women to ever grace the Hollywood silver screen.

Uniquely, the film is presented using contemporary look-a-like actresses but the audio has been reverse-dubbed and utilizes an audiotape of the women recorded that night in 1973. They come alive. Their candid, lively and fascinating discussion gives a unique insight into the lives and careers of these amazing women, as they tell it.