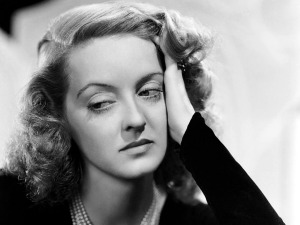 Among those who offered memories of the one whose eyes spawned their own hit song were Alison Arngrim, who recalled that her wigmaker for LITTLE HOUSE ON THE PRAIRIE, took inspiration from Bette’s hair on WHAT EVER HAPPENED TO BABY JANE. Alison commented, “…they would have me an unlit cigarette, I was 12 then, and not allow me to leave the make up trailer until I did my best Bette impersonation, “What a Dump.” Kathy Garver (Family Affair) shared a story of how excited she and her mother were to find that Kathy would be contributing her voice to an animation projects with Ms Davis and how they dressed up that day to meet her, only to find that she had done her part in NY already. Ernest Hardin, Jr, spoke lovingly of a woman who was truly color blind. Despite fans writing in that they would never go to on elf her films again if she dared to share a co-starring credit with a “N word,” declared Ernest.  “Ms Davis could care less and insisted the title remain WHITE MAMA, despite studio objections.”

Along the same theme, Shari Belafonte shared an anecdote about not wanting to accept a role with under five lines on the pilot for the series HOTEL, but later found it was the best decision she ever made.  Befriended by Ms Davis, she was later offered a role after she found out that Ms Davis too them that the show needed some color and to hire Ms Belafonte as a regular. Actress, Joan Van Ark, recalled how working with Ms Davis on one of her first films, THE JUDGE AND JAKE WYLER, proved memorable when Ms Davis (Not even in the scene) brought Joan and the director together to suggest how a beautiful wide brimmed hat with veil would solve the problem of giving too much information away too early in the film Joan said “I will never forget what she did for me. What she taught me about ‘camera’ … what a gift she gave me.” Actor, Director, Producer, Anson Williams conveyed “Ron Howard and I had a movie in development at NBC entitled Skyward. We wanted one of the two stars to be the first disabled actress in history to star in a network movie of the week. We cast a seventeen-year-old girl named Suzy Gilstrap. The President of the network said the only way it could work is ‘if you get Bette Davis to play the other lead.’ Ms. Davis had never been in a MOW and given that this was the first big project for Ron as a director and myself as a producer, we were told that the task of casting her was simply impossible.  Except that … she accepted and made the movie happen.  The film premiered at The Kennedy Center with Ms Davis in attendance.
A great start for two up and coming directors and producers … and I’m glad to say, neither of us have been out of work since.”
NBC Skyward Promo:

Actress and comedienne, Lily Tomlin, shared a more intimate event with the patrons gathered. “I had been invited to a dinner party of young actors and writers by a friend who had been an assistant to the Great Bette Davis.  She said Davis was coming over later after dinner for dessert.  We were all just Hollywood hopefuls then but we had never in our lives expected to meet Bette Davis in such an intimate setting as the host’s tiny apartment. So, we were all nervous and excited but stressed out at the thought. Bette swept in, with cigarette, in full power mode, not because she was showing off but just simply she had her own personal inner power grid – her strong personality in other words. She held court and questioned each one of us as the thought occurred.  We were all scared to death of being singled out. I had just done MOMENT BY MOMENT with John Travolta – it wasn’t yet released and everyone had questions about this bright new co-star of mine.  When Bette asked me what he was like, I said in true Hollywood candor, “Oh he’s a darling guy.”  Exhaling a drag on her cigarette, she barked at me, “To hell with ‘darling’,” then ferociously stubbing out her cigarette, “IS HE TALENTED?!!!! I stammered, “Why, yes, yes he is.  I swallowed hard, “He is!”  I said meekly. I was flattened and very quiet the rest of the evening. That next week, Moment By Moment opened to scathing reviews across the board.  I was still a Hollywood wannabe but less a Hollywood hopeful.  I’ve often wondered if Bette ever saw John in that movie. Show business is so weird. Just 2 or 3 weeks ago, film critic Richard Brody, in The New Yorker, re-examined Moment By Moment and had many complimentary things to say about the movie, about me and, of course, about John. Yes, Bette, he is talented and darling, too!  You can be both.   At least that’s true of John.”

And in wharf would become his last address to an audience, Rip Taylor (who passed away the next day at Cedars-Sinai Medical Center the next day) shared a unique moment with the diva by recalling, “A mutual friend, Robert Osborne, gave me a heads up and invited me to “Run into” he and Miss Davis at Hamburger Hamlet.  I arrived at the scheduled time and when Bob gave me “the look,” I proceeded to walk past the table. We expressed pleasantries with each other and he asked me to join them.  The conversation was pleasant, albeit one-sided and I hold great pride in having been able to secure one good laugh from the divine Ms D. So as not to over stay my invite, I expressed that I had to go, mentioned what an honor it was to meet Ms Davis, and added that I would love to have a photo with her. The air immediately changed. From the look on her face, you would have thought someone has passed gas, and she merely responded “If you must.” Not wishing to miss the opportunity, I handed a camera … which I am always known to have with me … to Bob and he took the photo.  If you ever see the photo, it is clear that she couldn’t have been less interested in the prospect of taking the photo. However, that has not stopped me from displaying it proudly on my wall as you enter my home, along with other greats I admired, such as Garland, Sinatra, Minnelli, Channing, Goulet and my dear friend Debbie Reynolds.”

Kathryn Sermak, former assistant to Ms Davis, took the podium to share some of the most indexing and loving memories of her former boss, “All of which can be found and more in my book, MISS D AND ME.” Bringing the evening full circle was the host of the evening, President and Founder of The Hollywood Museum, Ms Donelle Dadigan, who welcomed the patrons to visit both the BRUNETTES ONLY and BROWNETTES  ONLY rooms in what is the original Max Factor Building and where Ms Davis had her looks carefully created for many of her films including three of which were featured in the lobby with costumes from THE BRIDE CAME C.O.D., THE VIRGIN QUEEN and the Academy Award winning ALL ABOUT EVE. Also included on display are personal items of Ms Davis fro the estate. The exhibit is on display at The Hollywood Museum.