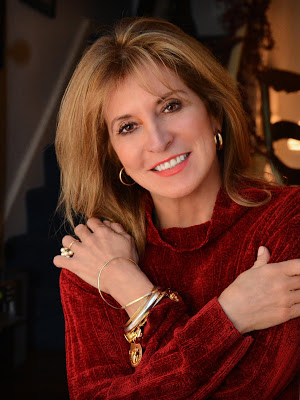 I’ve had the pleasure of interviewing Kathryn Sermak, Bette Davis’ former assistant and author of the memoir Miss D & Me: Life with the Invincible Bette Davis. I met Kathryn at her book talk and signing at the Harvard Coop back in November of last year. She was very kind and gave everyone a bookplate modeled after the one Davis used in her own library. Miss D & Me is now available in paperback from Hachette Books.

Raquel Stecher: How did you come to meet and work for Bette Davis?

Kathryn Sermak: It was June 1979 and I had just finished working for the Shahs Sister of Iran, Princess Pahlavi. At that time there was no organizations for personal assistants. Miss Davis was looking for someone to travel and assist her while working on a film being shot in England. Miss Davis hired Mr. Carlson, who had a company that serviced Vip’s. He had heard about me through the grapevine and the rest of the story is told in our book Miss D & Me.

Stecher: What was Davis like as your employer and your friend?

Sermak: In the beginning It was like “Boot Camp”. Miss D had her way of doing things that I thought we’re ridiculous and I had to learn her system. At 23, and a college graduate, I was no different than kids today – at that age one thinks they can conquer the world – the world is our oyster and I was hungry to venture out and discover it. Miss D on the other hand was 71 and felt I was unworldly and had a lot to learn. “Rough beginning make great endings” She would say. It’s through this journey, as I tell in our book, that the roles at times change (like when she had the stroke) and we became best friends. She could be so funny and loved playing practical jokes.

Stecher: Bette Davis lived an unapologetic life. What do you think is the biggest misconception people have about her?

Sermak: It wasn’t until after Miss D’s passing that I started to hear all these stories about her. Because she was so private – people often thought she was the character she played in the films. They loved the character she portrayed and would often see themselves in that role. In Miss D & Me – I show the private Miss D, the woman and all she stood for… She loved her family and her work were of the utmost important.

Stecher: What’s an important life lesson Davis taught you that you still put into practice today?

Sermak: Miss D always said, “March to the beat of your own drum and follow your passion.” “Trust your instincts-they’re never wrong.” It so true, the latter took me longer to learn.

Stecher: What was your favorite memory with Davis?

Sermak: I have so many – are we discussing the funny times, learning the lessons, girlfriends chatting, dinner parties… there are so many that I discuss in the book – it’s hard to chose just one.

Stecher: A lot of my readers are big fans of TCM and loved Robert Osborne. Osborne and Davis were quite close at the end of her life. Do you have a happy memory of the two of them together to share?

Sermak: Oh I have so many. Bob, as I called him, Miss D’s nick name for him was “Bully.” Bob would call Miss D, “Spuds” because she loved potatoes – any type, shape or form. I just went through my scrapbook and some of Bob’s letters to Miss D – they shared so many wonderful times together. Never a dull moment. On one of his cards it reads, “You are a kindred spirit someone with whom words are not needed… Happy Memories, there were many as I mention in the book. Miss D making Easter bonnets for Bob to wear at her home and he’s playing with an Easter rabbit, she named Mr. Brier. They were good friends. He was a Taurus and she was an Aries. At times – they both could be stubborn but they had love and deep admiration for one another.

Stecher: What inspired you to write a book about your years with Bette Davis?

Sermak: It’s a promise I made to Miss D many years ago. She told me, “Kath, one day you must write about our story, book first then a movie.” I always said no. She said, “Oh, yes you will – promise me – it’s a great story and there’s much in it for everyone young and old to learn from.” You will write the book first and then a movie. I didn’t understand it back then, but over the years, reading her letters to me, listening to tapes, I matured and understood what I promised her I would do.

Stecher: You and Davis recorded your conversations. How did these tapes become the source material for your memoir?

Sermak: When we recorded these conversations, it wasn’t that we were doing it for writing a memoir. We were living life in the moment. The tapes started when I moved to France to be with my boyfriend. Even though I spoke to Miss D regularly, I made them to introduce her to life in France and she recorded all the goings on at home – just like we were there in each other’s presence. Over time – some lead for me to interview her as a reporter- (next step for a possible job opportunity- new career) At that point, it was more Miss D always looking and empowering my growth, she often said, “if women could only be more supportive to other women instead of tearing them down – they would get a lot farther. Look at the men they support one another like in the old boys club days.” She did that for me way ahead of her time.

Stecher: What do you hope readers take away from your memoir?

Sermak: There’s so much in our story for the youth today can learn so much from the elderly and the elderly have so much to give. They’ve lived life, they want to pass on the lessons they’ve learned so the youth won’t make the same mistakes but new ones moving the world forward.

The baby boomers whose parents or dear friends hit illnesses – shows both sides of what the patient and the care giver goes through. There were no books on it at that time.

For woman today, Miss D was a pioneer – way ahead of her time. She was very supportive of woman as I stated earlier and I tell many stories in the book about her mentoring me. And it’s about universal love. Your readers can check out: Missdandme.com or on Facebook: BetteDavis.com/missdandme

Stecher: Tell us about The Bette Davis Foundation, Inc. that you co-founded with her son Michael Merrill.

Sermak: We created The Bette Davis Foundation foundation to raise funds to award scholarships to aspiring actresses and actors, as well as talented students in a cross section of related fields within the entertainment industry. We gave the first Bette Davis Lifetime Achievement Award to Meryl Streep in 1998 at Boston University. One of the students from Boston University was the first recipient of the scholarship.

Learn more about the foundation.

Source: Out Of The Past

MISS D & ME: THE REVIEWS ARE IN